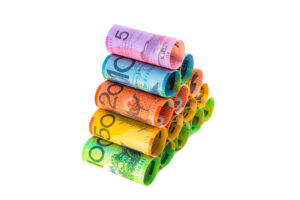 The following rates apply to individuals who are residents of Australia for tax purposes for the entire income year.

The following rates apply to individuals who are not residents of Australia for tax purposes for the entire income year:

The following rates apply to the income of certain minors (e.g., persons under 18 years of age on the last day of the income year who are not classed as being in a full-time occupation) that is not excepted income (e.g.,  employment income):

The following rates apply to the income of certain non-resident minors (e.g., non-resident persons under 18 years of age on the last day of the income year who are not classed as being in a full-time occupation) that is not excepted income (e.g., employment   income):

If you're a resident for part of the year

Your tax-free threshold is less than $18,200 in a financial year if you:

If you're a non-resident you're not entitled to the tax-free threshold. This means you pay tax on every dollar of income you earn in Australia. 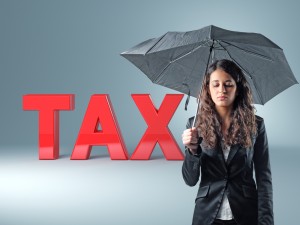 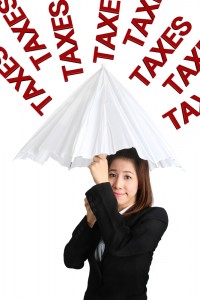 The Government has announced the annual increase in the Medicare levy for low-income thresholds for singles, families, seniors, and pensioners.

The increases take account of movements in the Consumer Price Index (CPI) so that low-income taxpayers generally continue to be exempted from paying the Medicare levy.

The increases are outlined below.

The surcharge is calculated at the rate of 1% to 1.5% of your income for Medicare Levy Surcharge purposes. It is in addition to the Medicare Levy of 2%, which is paid by most Australian taxpayers. To work out your annual income for MLS and Rebate purposes, you can refer to the Australian Taxation Office's Private Health Insurance Rebate Calculator or contact the ATO directly.

Single parents and couples (including de facto couples) are subject to family tiers. For families with children, the thresholds are increased by $1,500 for each child after the first.

*The income thresholds are indexed and will remain the same to 30 June 2021. The Department of Health published the Rebates applicable for 1 April 2017 to 31 March 2018.

Currently, you have to pay the surcharge if you are:

You must meet one of the following requirements to avoid the Medicare Levy Surcharge:

To be exempt from the surcharge, your hospital cover must be held with a registered health fund and cover some or all of the fees and charges for a stay in hospital, with a maximum payable excess per year that is no greater than $500 for singles or $1,000 for couples/families (i.e. if multiple hospital claims are made in a single year, the excess paid by you cannot exceed $500/$1000).

General treatment cover without hospital cover will not provide an exemption; and Overseas Visitors Cover, Overseas Student Health Cover or cover held with an international insurer will not provide an exemption. If you hold appropriate hospital cover but  temporarily suspend payments for that cover (for example, to travel overseas), then you are not exempt during the suspended period.

To work out your annual income for MLS and Rebate purposes, you can refer to the ATO's Private Health Insurance Rebate Calculator or contact the ATO directly. 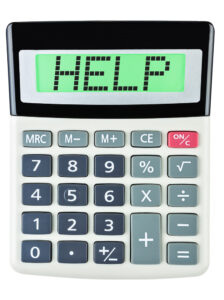 The Higher Education Loan Programme ('HELP') offers Commonwealth loans to eligible students to assist them with paying their higher education fees and to study overseas. A HELP debt is repaid through the taxation system, based on a taxpayer's HELP 'repayment income'. HELP repayment income is the sum of the taxpayer's:

The following rates of tax apply to companies for the 2016–17 income year. 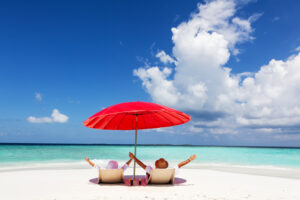 Generally speaking, non-concessional contributions are voluntary contributions not claimed as an income tax deduction by you, or your employer.

The superannuation co-contribution was initially introduced by the Government from 1 July 2003 as an incentive to encourage low income earners to save for their own retirement.

If an individual's satisfies the income test for the co-contribution, and they make personal (non-concessional) superannuation contributions, the Government will match their contribution with a 'co-contribution'.

How much will I get?

How much you’ll receive depends on your income. For every dollar you contribute from your after-tax income, the Government will put in 50 cents, up to a maximum of $500. Use the table below:

The tax offset applies to contributions made by a taxpayer to a Complying Superannuation Fund or Retirement Savings Account in respect of their low-income earning, or non-working, spouse (married or de facto). The amount of the offset is as  follows:

Employers who provide less than a prescribed level of superannuation support (the 'charge percentage', generally applied to the employee's ordinary time earnings) for their employees are liable to pay a superannuation guarantee charge based on the shortfall (calculated with reference to 'salary and wages') plus an interest component and an administration  charge.

Per Kilometre Claims for Car Deductions 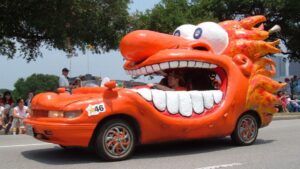 1 Note that, as part of the 2015/16 Federal Budget, the government announced that from the 2016 income year, the three current 'cents per km' rates will be replaced with one rate set (initially) at 66 cents per km for all cars. The Commissioner will be responsible for updating the rate in following years. 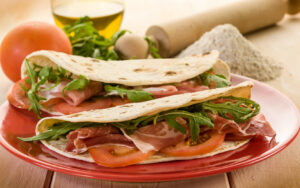 Goods Taken from Stock for Private Use

1 For an industrial building constructed before 27 February 1992, the rates for non-industrial non-residential buildings are applied.

FBT is imposed on the grossed-up taxable value of the benefits provided.  The FBT rate  is as follows:

Fringe Benefits Tax is applied annually on the calculated grossed up net value of benefits provided, at a rate equivalent to the top marginal rate of income tax including medicare levy.

Percentages were changed with effect from 10 May 2011 to phase in a flat rate of 20% over 4 years. Contracts which existed at that date continued to receive the benefit of the old (more generous to high distance) rates.

Rates for Vehicles other than Cars1

The rates to be applied on a cents per kilometre basis for calculating the taxable value of a fringe benefit arising from the private use of a motor vehicle other than a car for the FBT year commencing on 1 April 2017 are as follows:

Taxation Ruling MT 2034 outlines one method of valuing the right to use an employer’s motor vehicle other than a car is to multiply the number of private kilometres travelled by employees in a vehicle during a year by a cents per kilometre rate.

1 The above thresholds may be reduced where the company is part of a group and/or pays interstate wages.

2 The lower 3.65% rate applies to business where at least 85% of their payroll goes to regional employees.

3 This threshold reduces by $1 for every $4 of Australian wages over $1,100,000. Businesses with annual taxable wages of $5.5 million or more will be subject to payroll tax of 4.75% on their entire taxable wages.

6 This threshold reduces by $1 for every $4 of wages over $1,500,000. Businesses with annual taxable wages of $7.5 million or more will be subject to payroll tax of 5.5% on their entire taxable wages.

The facts and figures outlined in this tax summary are current as at 1 July 2017.