A humble home with a hefty price tag. This plain Jane house at 65 Woodbury St, North Rocks, sold under the hammer this year for $1.17 million — $210,000 over the reserve. 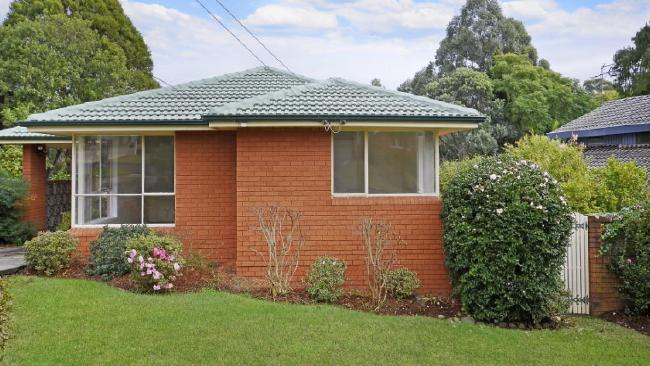 IT WAS once an exclusive club, but membership to the million-dollar suburbs list is booming.

According to the latest Market Trends report from CoreLogic RP Data (which shows figures for the 12 months to September), a total of 126 metropolitan suburbs now have a median sale price of more than $1 million. For the same period last year, those suburbs had median sale prices below seven figures.

Of those suburbs, 12 were home to median apartment prices jumping over the $1 million mark and a whopping 84 can be found in Sydney.

There were 27 new entries in Melbourne, five in Adelaide, four in Brisbane, one new million-dollar suburb in Canberra and two in both Darwin and Perth. Hobart remains the last capital city in the country where there are no suburbs with a $1 million or more median sale price.

That takes the total number of neighbourhoods where the house price is more than $1 million to 488 — and an additional 25 suburbs where the unit median price is in the same category.