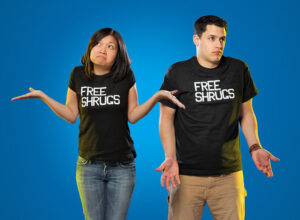 We have fielded a lot of inquiries from members since the budget in relation to the newly announced immediate asset write-off for assets costing less than $20,000 for small businesses.

The temporary immediate asset write off measure is intended to apply from 7.30pm on May 12 (ie. budget night) until June 30, 2017.

Without official draft legislation from the government, it is hard to accurately answer many of the questions thrown at us. Further, although the Tax Office has published some guidance, it is in no way comprehensive.

Andy Nguyen, tax technical services manager at Taxpayers Australia, says: “In a way, the Tax Office is hamstrung in this because there is no draft law issued with which to provide more precise guidance. But given the existing tax laws for small business in this area, we can take an educated view of the most likely outcomes — and the likely consequences should the proposed measure not be implemented.”

Answers to FAQs
To ease the way for both taxpayers and their advisers trying to get their heads around the tempting initiative, here are some tips (and traps).

How does the deduction work?
First of all, it should be noted that the measure is not a cash handout of $20,000 nor is it some form of investment allowance.

It is a deduction for assets costing less than $20,000, and may reduce the tax payable by the taxpayer if they have a tax liability for the income year.

For example, say a purchase is made for $10,000 by a sole trader who is on an effective tax rate of 30%.  In this case, that person should be able to reduce their tax liability by $3,000 from purchasing the asset.  Of course, this assumes that the taxpayer had a tax liability to start off with.

What constitutes a ‘small business’?
Broadly, the immediate write-off is available to businesses which have an “aggregated turnover” of less than $2 million.  This definition can be quite complex in certain situations.

Is the $20,000 threshold inclusive or exclusive of GST?
According to how the current law works, the amount should be the GST exclusive value.  Broadly speaking, this is the case provided that the small business taxpayer would be entitled to claim an input tax credit on the purchase for GST purposes.

The placement of an order at year end for an asset in which possession will be taken in the following income year will not qualify for an immediate deduction until that following year.

How do the rules work with vehicle trade-ins?
If a new car costs $25,000 and the car yard offers to trade in your old car for $6,000, will that result in a vehicle that comes in under the $20,000 threshold for immediate write-off?

According to Nguyen, this is most likely not going to be the case. “Based on the current law and how that operates, we don’t believe it would be possible to claim that $19,000 as an immediate write-off,” he says. “The way the law is constructed at the moment tells us that the value of that vehicle is still $25,000, made up of $19,000 cash plus $6,000 as a non-cash value, in this case being the trade-in.

“So while it has become evident that there are some misconceptions out there that you can claim an after-trade-in amount for a vehicle, we believe that the treatment under the current tax law will prevail.”

What happens if the asset is used for both business and private purposes?
For example, say a business operating in the music industry spends $30,000 on a superior sound system, and uses that sound system for both income generating activities as well as personal pleasure in equal proportion. It is not likely that the business owner could divide the asset value in half and make a claim for $15,000. Again this is in keeping with the current law.

What are the consequences if the law is not enacted?
So how does the write off work if there is no law yet, and what happens if it doesn’t go through? The most likely consequence is that the deduction will be allocated to the general small business pool and the deduction claimed according to the present provisions, Nguyen says.

“Where a tax change has been announced by ‘media release’ but the change ends up not going through, the Tax Office has provided a policy for retrospective application of the law,” he says. “In certain cases, penalties and interest may be remitted if the taxpayer is liable to tax.”