Do I have to pay tax if I sell the backyard off? 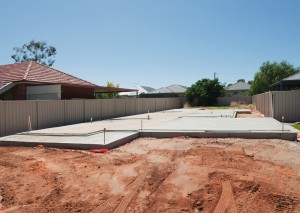 Joe & Mary bought a home on a large block of land (1,000m2) on a corner block with two street frontages in June 200 for $350,000. The house was valued at $120,000 and the land at $230,000. Now some 13 years later, land values in the area have increase and the local council is now looking favourably on infill projects to increase rates and higher density living.

Joe & Mary now want to downsize however like the area, so in January 2013 decided to split the block in half, with the house on one block and the back block facing the other street frontage. Joe and Mary incurred $30,000 in survey, legal and subdivision fees and $4,000 in connecting the water,power and drainage to the back lock. In March 2013 the backyard block was sold for $300,000.

As the backyard was sold separately, the main residence exemption does not apply to the land. Joe and Mary contact several local real estate agents who advised the backyard block was valued at $20,000 less than the front block with the house.

If the subdivision was held for 12 months, the capital gain would be eligible for a 50% discount.

GST for those in the business of renovating to sell houses
Property Developments – Profit Margins & GST Margins Schemes – how does it work together?